Béla Fleck talks to us about His musical and life partnership with Abigail Washburn, evolving craft and what fans can expect from the show

We are gonna do our thing! It’s a warm and energetic offering, and we cover a lot of ground, with different combinations of banjos. Abby will also dance. Sometimes we are funny, no guarantees though! And I do some solo stuff, so I can do some of the tasteless things that people appear to enjoy, without destroying our songs!

In advance of his performance at the National Concert Hall on January 21 with Abigail Washburn, Béla Fleck talks to us about their musical and life partnership, evolving craft and what fans can expect from the show. The fifteen-time Grammy Award winner, who released his debut solo album in 1979 has become internationally recognised as a virtuoso of the banjo; bringing the instrument to a diverse audience via his dynamic interpretations of music from multiple genres. His partner Abigail Washburn, has through her solo output and as a member of Uncle Earl and the Sparrow Quartet built a reputation as a unique stylist who adds extra dimensions to her playing by infusing it with oriental aspects.   This upcoming show, which is part of the Perspectives series, will feature music from their Grammy award-winning album Béla Fleck & Abigail Washburn (2014) and most recent release Echo in the Valley (2017).

You hold the record for instrumentalist with the most Grammy nominations in different categories. Why are you drawn to working in different genres and how does it impact your craft?

I guess I’m curious and a little ADD! I get tired of playing the same things over and over, and I find musical adventuring to be very satisfying. Learning new things turns me on, and I enjoy working hard. Bobby McFerrin once said to me that he was only interested in taking things on that broke new ground. I love that idea, and I hope to be a lifelong student of music.

It’s a completely different world! The Flecktones are wildly virtuosic and free-wheeling with strong jazz and funk influences. The music with Abby is centred around her beautiful vocals, and the two different kinds of banjos we play - clawhammer and three finger style, and our songs dictate how and what we play. There is a traditional, or folk, or maybe an older feel to it, yet these two styles of banjo are not typically played together. So, while we have to be fairly inventive to make the music complete, it's more about the vibe and mood we can create together around the songs, many of which we have written together. Abigail is a great performer, and she’s a communicator. She loves to make a warm feeling in the rooms we play, and we goof around with our banjo-ness and our married-ness in our banter. It’s a whole lot of fun. 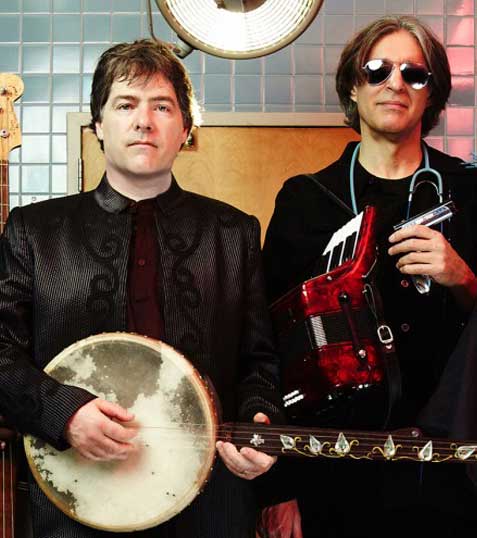 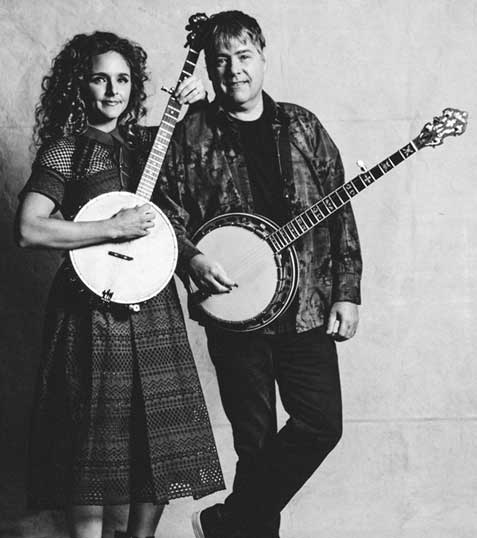 How did you meet Abigail? And how did your musical and life partnership begin?

We met at a square dance in Nashville. I was sitting in with the band, and she was dancing, lighting up the room, as she is known to do. I noticed her bright energy, and a year or two later, when we were both untied, I begged her for a date. Now we have been married for 10 years and we have two boys, 6 and a half and 1 and a half. It’s a whole different life for me, and a surprise all around. We didn’t ever expect to perform together, coming from such different parts of the banjo world, but we played for family at Christmas, and later did a church show for Abigail’s grandmother, who would not take no for an answer. We were both very surprised at how well the show went, and we resolved to do this together one day. When we had our first child Juno, we decided now was the time. I didn’t want to be an absentee father, as happens in so many musical families, and we threw our forces together to keep the family tight. Our kids always travel with us on tour.

With Abigail you released your self-titled debut album in 2014 and Echo in the Valley in 2017. Can you describe your song-writing process?

The first album we didn’t write much of - it was recorded between diaper changes and naps, during the first year of Juno’s life - so we resorted to things we each already had written and traditional material. To our shock it won the Best Folk Album Grammy that year. So, for the second album we decided to pull out all the stops. We wrote everything together and focused on the important things to us, parenting, the political climate, the changing planet, etc. I’d say we were quite thrilled with this album and felt it was a quantum leap for our partnership. But this one has received very little attention, no nominations, not a lot of attention, etc. So there ya go! Just do your best, and don’t expect anything from it, that’s my advice!

How has your musical partnership evolved since you started playing together? Are there any particular styles or genres you are more drawn to now?

It was very important to us to step it up, or evolve, and we feel like we’ve made some good progress. It’s not so much different genres but more unique textures, focused melodies and harmonic content. That’s where it seemed like we could grow. And most critically, when you sing lyrics (as opposed to playing instrumental music like I typically do) you should have some lyrics worth singing. So we tried hard to be ourselves and say what was important to us.

You will be performing with Dervish in Scotland in advance of your visit to Dublin. Are you fans of theirs? What other Irish musicians are on your radar?

We love Dervish! Abby sang a song on their recent album. I’m a big fan of Irish Music, and really got into it in the 1980’s, when I became fans and often friends with folks like DeDannan, Moving Hearts, The Chieftains, Davy Spillane, Stockton’s Wing and my dear friends Paul Brady and Maura O’Connell. I produced a couple of the early albums for Maura, and appeared on one of Paul’s recordings, as well as Atlantic Bridge by Davy Spillane, and a couple of The Chieftains’ Nashville projects. They appeared on a Flecktones CD called Little Worlds. Abby is a big fan of Celtic music as well. 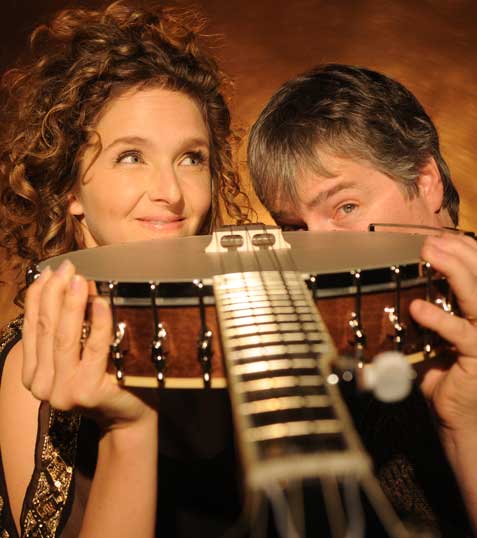 What can we expect from your upcoming National Concert Hall concert?

We are gonna do our thing! It’s a warm and energetic offering, and we cover a lot of ground, with different combinations of banjos. Abby will also dance. Sometimes we are funny, no guarantees though! And I do some solo stuff, so I can do some of the tasteless things that people appear to enjoy, without destroying our songs!

What do you enjoy about visiting Dublin?

I love everything about it. I have fond memories, and great friends. I remember sitting in with Doc Watson at the National Concert Hall back in the 80’s, and have loved performing there ever since. The last time I performed there was the duo concert with Chick Corea and before that was with the Flecktones. I’m proud to get to play there.