Music in Times of Crisis

Jean Paul Richter once said: “Music is the moonlight in the gloomy night of life.”  In these days of Covid 19, the night of which he spoke seems particularly dark and long, the world as we know it has changed irrefutably so the sanctuary and solace provided by music is needed now more than ever. But why in essence does music provide such a refuge for humans? How has it served in previous periods of crisis? And how do catastrophes influence the music created in their times?  Historical references to the healing power of music can be traced as far back as the 7th century BC when the poet Thaletus was petitioned to sing hymns in Sparta when the plague struck. More recently during the reign of Henry VIII when the fatal ‘sweating sickness’ swept through England he dismissed his entire court to stay in quarantine in Windsor, the only people who remained with him were his physician, his three favourite gentlemen and the Italian organ virtuoso Dionisio Memo, indicating the importance of the role of the latter.

Epidemics also influenced the music of the day, as early as the 1400s an Englishman named John Cooke composed ‘Stella Celi’, a hymn to the Virgin Mary referencing the Black Plague. In 1723 Bach wrote his Cantata No.25 ‘There Is Nothing Sound in My Body’ a year after the great plague of Marseille ended, a piece of music that could comfort in times of distress. The text mentions the ‘world as a hospital’ and ‘children laid low with illness’. The aria declares; ‘My plague cannot be healed by any herb or ointment, other than the balm of Gilead. You, my doctor, Lord Jesus alone know the best cure’.  During the Irish famine the starving millions sought solace in folk singing. One witness to the tragedy of the blight, African - American abolitionist Frederick Douglass (who spent several months in Ireland at the end of 1845) wrote the following in his memoirs:  ‘I have never heard any songs like those anywhere since I left slavery, except when in Ireland. There I heard the same wailing notes and was much affected by them. It was during the famine of 1845.  Nowhere outside of dear old Ireland, in the days of want and famine, have I heard sounds so mournful’  Wartime was a period when music also flourished as a panacea for the people. During World War I in Europe, singalongs, music hall attendance and the buying of sheet music boomed in popularity. At the start of the war, music was used as a recruitment tool via songs such as ‘Your King and Country Need You’ or ‘Be A Soldier, Be a Man’ but this trend was short-lived and quickly replaced with music that yearned for the end of hostilities such as ‘Keep the Home Fires Burning’ and ‘When Tommy Comes Marching Home’.   English composer and poet Ivor Gurney served at the front for 15 months where he was shot and gassed but returned from the war with five of his most memorable songs. One, ‘By a Bierside’ was written in a trench mortar emplacement by candlelight. An exceptional feat. 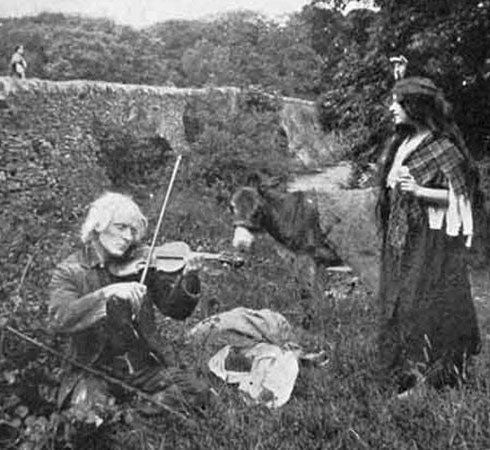 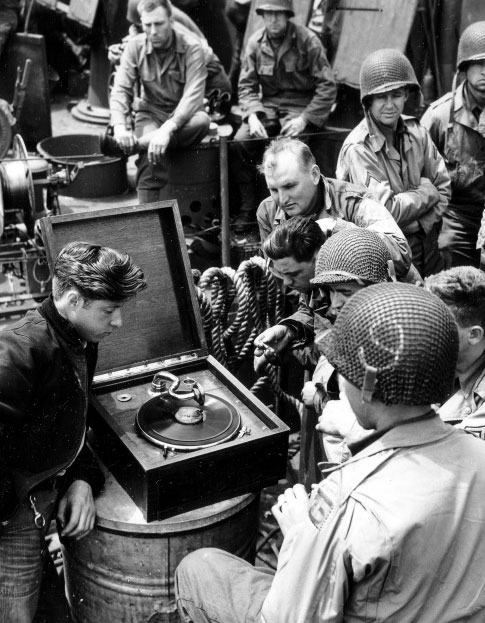 The Great War inspired Ravel to name each movement of his ‘Le Tombeau de Couperin’ after friends who lost their lives in battle. The first performance was given in Paris in 1919 by Marguerite Long the pianist widow of one of the fallen men.  Concurrent with the end of World War I was the outbreak of The Spanish Flu which is remarkable for its oft-commented on comparable lack of documentation. Appropriately the one music genre in which it was occasionally addressed was the blues. Blind Willie Johnson penned his ‘Jesus is Coming Soon’ in its honour and Essie Jenkin’s was inspired to compose ‘The 1919 Influenza Blues’ in which she opines; ‘Influenza is the kind of disease, Makes you weak down to your knees, Carries a fever surely everybody dreads, Packs a pain in every bone, In a few days, you are gone, To that hole in the ground called your grave.’  By the time of World War II radio had revolutionised how people listened to music. Popular songs of the time included Vera Lynn’s ‘(There’ll Be Bluebirds Over) The White Cliffs of Dover’ which looked forward to peace reigning over the Cliffs of Dover and ‘We’ll Meet Again’. She was the most beloved artist of the period gaining the title ‘the forces’ sweetheart’.   Other songs of note are Marlene Dietrich’s ‘Lili Marlene’ and Glen Miller’s ‘In The Mood’. Both of these artists were active during wartime. Marlene performed for troops in locations as diverse as Algeria, Italy, the UK, France and the Netherlands. Glen Miller enlisted in the US army in 1942 and devoted himself to raising soldier’s morale by modernising the army band. Tragically, in 1944 his aircraft disappeared over the English Channel when he was travelling to entertain French troops.

In the classical realm, Shostakovich was inspired to compose ‘Leningrad’ Symphony No. 7 by Hitler’s attack on Russia in 1941. The composer dedicated the work to the city of Leningrad and the premiere there took place while the city was still under siege by Nazi forces.  The US War Department, recognising the beneficial impact of music on morale, joined forces with various recording companies to compile V-Discs (V for victory) featuring popular artists of the day and shipped them to troops overseas. Often the discs included messages from the artists. On one disc introduced by The Andrew Sisters they are heard saying, ‘We’re making these V-Discs just for you. And along with them we want to send all our love and kisses’.  So there is ample evidence of music’s positive role in times of crisis over the centuries. Neuroscience has taught us that listening to music heightens positive emotion in the reward centres of the brain by releasing dopamine. On a social level, Stefan Koelsch, music psychologist at the Freie University in Berlin, has researched several mechanisms through which music helps us to relate to one another, by impacting brain circuits involved in empathy, trust and co-operation. Thus music heightens a sense of human connectedness.  Confucius said ‘Music produces a kind of pleasure which human nature cannot do without’. In the current crisis social distancing has meant we have had to discover new ways of sharing music. Around the world people have taken to their balconies to sing and perform in noble displays of solidarity, strength and hope. Artists are using the internet to reach audiences and connect us all through the mystical and joyous expression of the soul. Once again music will play a vital role in guiding humanity through times of adversity. 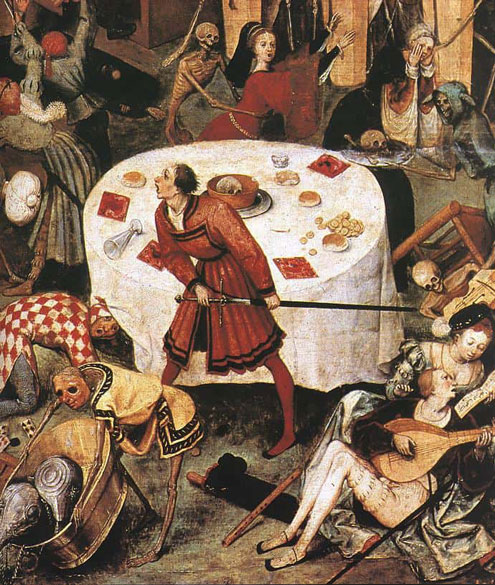