JS Bach Cello Suite No. 2 in D Minor, BWV 1008 Gwilym Simcock Prayer for the Senses Benjamin Britten Cello Suite No. 1, Op. 72 Leo Brouwer Sonata No. 2 for Solo Cello Edmund Finnis Five Preludes for Solo Cello Gaspar Cassadó Suite for Solo Cello Described by The New York Times as “a compelling musical storyteller”, cellist Sheku Kanneh-Mason became a household name in 2018 after performing at the wedding of the Duke and Duchess of Sussex at Windsor Castle, watched globally by nearly two billion people.  A member of the celebrated Kanneh-Mason dynasty, he initially came to prominence as the winner of the 2016 BBC Young Musician Competition, the first Black musician to take the title. ​​​​​​Since then, his career rise has been nothing short of meteoric with sensational débuts and engagements with major orchestras, in addition to critically acclaimed performances at prestigious concert halls and festivals around the world and chart-topping albums on the Decca Classics label. On the occasion of his Irish recital début, this compelling artist performs his first solo cello recital programme featuring staples of the form by JS Bach, Britten and Cassadó, alongside works by Welsh composer/pianist Gwilym Simcock and English composer Edward Finnis, as well as an exciting new work for solo cello by Leo Brouwer, commissioned by cellist. Presented by NCH 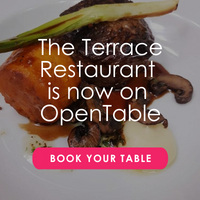