What is NCH Creative Lab?

NCH Creative Lab, supported by the RTÉ Toy Show Appeal and Accenture, and in partnership with New Music Dublin, is an eight-month programme for young people (ages 12-18) from traditionally underrepresented groups who are passionate about music. The composition programme will consist of one-on-one tuition, mentorship, professional development, performance opportunities, and high-quality recordings of the young composers’ work. Thanks to the generous support of the RTÉ Toy Show Appeal and Accenture, the programme is offered at no cost to the participants.   Beginning in September, the composers will commence fortnightly online lessons with their mentors and will each develop a new piece that will premiere at Ireland’s foremost contemporary music festival, New Music Dublin, in Spring 2022.  The initial phase of the programme will focus on exploration; the composers will learn about traditional and non-traditional methods of composition and will be introduced to a wide range of music through conversations, listening sessions, and score exploration. With the guidance of their mentors, the composers will learn how to communicate their ideas to other musicians. Following this, they will develop sketches of their new work and will hear these sketches brought to life through a workshop with some of Ireland’s top musicians. The final phase of the programme will culminate in the spring at the New Music Dublin Festival.

Who is this programme for?

Young people aged 12-18 who are passionate about music and are from communities that are traditionally underrepresented in music composition. These include, for example, Black, Asian, the Minceir/Traveller and Roma Communities, other Minority Ethnic Communities within the island of Ireland, as well as women, transgender, non-binary, and gender nonconforming people.  You do not need to know how to read music in order to apply.  The deadline for this years programme has now passed. If you have any queries send an email to education@nch.ie and we will be happy to help you. 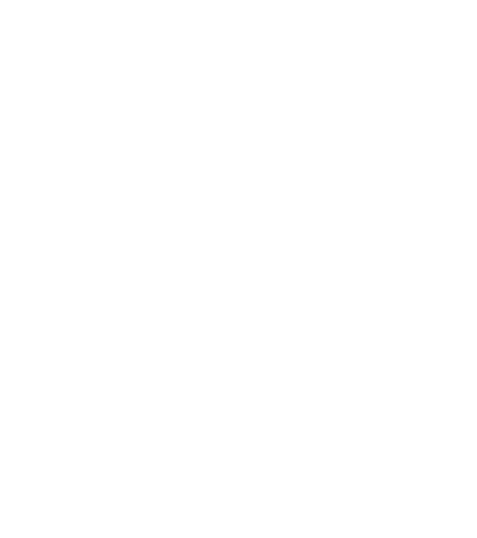 Why are we running this programme?

Conversations about diversity in classical music have been happening for many years, and while some progress has been made, there is still a long way to go. Composers of traditionally underrepresented groups, for example, Black, Asian, the Minceir/Traveller and Roma Communities, other Minority Ethnic Communities within the island of Ireland, as well as women, transgender, non-binary, and gender nonconforming people, continue to make up an overly small percentage of professional composers who are regularly commissioned, performed, and championed. To address and highlight this imbalance, the National Concert Hall is launching a Creative Lab to provide young composers (ages 12-18) from traditionally underrepresented groups with a year of one-on-one tuition, mentorship, professional development, performance opportunities, and high-quality recordings of their work.   Robert Read, CEO of the National Concert Hall: “The pace of change has been far too slow in classical music and there remains significant barriers to participation. I’m delighted that we can launch this important initiative, as part of our Learning and Participation programme of events, which aims to support young people to develop musical skills in composition, from typically underrepresented communities.   The NCH is committed to ensuring all members of our diverse society are represented on the stage and in the music industry with this and many other programmes and initiatives. I would like to thank the RTE Toy Show Appeal and Accenture for their support in making Creative Lab possible, and New Music Dublin for their support of the project.”

The inaugural RTÉ Toy Show Appeal raised over €6.6m, thanks to viewers of The Late Late Toy Show. In partnership with The Community Foundation for Ireland, RTÉ launched an open call to support projects for children and young people across Ireland. 55 projects were awarded funding, including NCH Creative Lab.  Accenture is a global professional services company with leading capabilities in digital, cloud and security. Combining unmatched experience and specialized skills across more than 40 industries, we offer Strategy and Consulting, Interactive, Technology and Operations services — all powered by the world’s largest network of Advanced Technology and Intelligent Operations centers. Our 569,000 people deliver on the promise of technology and human ingenuity every day, serving clients in more than 120 countries. We embrace the power of change to create value and shared success for our clients, people, shareholders, partners and communities. Dr Michelle Cullen, Managing Director and Head of Inclusion & Diversity, Accenture said: “Accenture is delighted to support the Creative Lab at NCH. We are a longstanding supporter of the arts in Ireland as we recognise the role that arts play in fostering a creative and inclusive environment. At Accenture we have an unwavering commitment to a culture of equality and the ambition of the Creative Lab to tackle an imbalance in the arts reflects our own ethos of inclusion and diversity.”  Denise Charlton, Chief Executive of The Community Foundation for Ireland: “We are passionate about equality, including access to the Arts. Thanks to the huge generosity of viewers who responded to the RTÉ Toy Show Appeal we are delighted to support the Creative Lab at the National Concert Hall. By opening up opportunities to young talent this exciting project will not only support a new generation of musicians but also bring joy to audiences long into the future.” 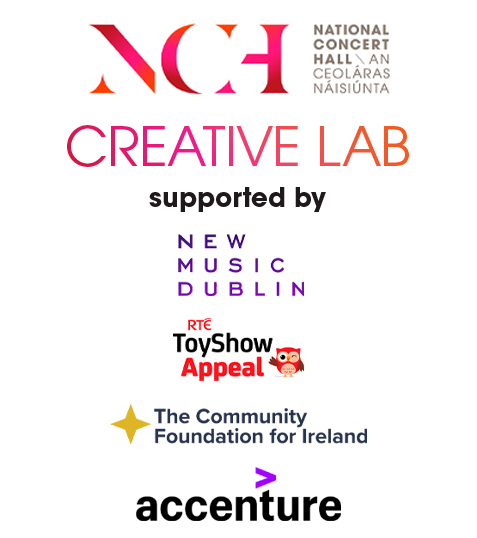 Amanda Feery (she/her) is a composer working with acoustic, electronic, and improvised music, having written for chamber and vocal ensembles, film, theatre, installation, and multimedia.   Graduating from Trinity College Dublin with a degree in Music in 2006, she continued her studies in Music and Media Technologies at Trinity College Dublin, completing an M.Phil in 2009. Amanda was the Mark Nelson Fellow in Music at Princeton University, completing her PhD in Music Composition in 2019. Her research focused on Kate Bush’s song suite, The Ninth Wave.   Whilst in the U.S, she formed collaborative relationships with a number of ensembles and musicians including Alarm Will Sound, Third Coast Percussion, Ensemble Mise-en, Bearthoven, Quince Contemporary Vocal Ensemble, and cellist Amanda Gookin. Closer to home, past collaborators include Irish National Opera, Crash Ensemble, RTÉ ConTempo Quartet, RTÉ National Symphony Orchestra, This is How We Fly, Chamber Choir Ireland, Dublin Guitar Quartet, Paul Roe, Michelle O’Rourke, and Lina Andonovska. Her work has featured at New Music Dublin, First Fortnight Festival and Dublin Fringe Festival, among others, and she has been composer-in-residence at Bang on a Can Summer Festival, SOUNDscape and Greywood Arts. Her 2019 residency at Centre Culturel Irlandais focused on recording piano improvisations on public pianos in Paris.  Recent work includes music for Tadhg O’Sullivan’s feature film, To the Moon, and a filmed opera, A Thing I Cannot Name, with Irish National Opera and a libretto by writer Megan Nolan.   Amanda is currently Lecturer in Music Composition at National University of Ireland, Galway.

Emma O’Halloran (she/her) is an Irish composer and vocalist. Freely intertwining acoustic and electronic music, O’Halloran has written for folk musicians, chamber ensembles, turntables, laptop orchestra, symphony orchestra, film, and theatre. For her efforts, she has been praised by I Care If You Listen editor-in-chief Amanda Cook for writing “some of the most unencumbered, authentic, and joyful music that I have heard in recent years,” and has won numerous competitions, including National Sawdust’s inaugural Hildegard competition and the Next Generation Award from Beth Morrison Projects.  O’Halloran’s music aims to capture the human experience, exploring complex emotions felt in specific moments in time. This approach has found a wide audience: her work has been featured at the international Classical NEXT conference in Rotterdam, the Prototype Festival in New York, Bang on a Can Summer Music Festival, and MATA Festival. Additionally, her music has been performed by Crash Ensemble, Contemporaneous, Boston Lyric Opera, Irish National Opera, ~Nois Saxophone Quartet, the Refugee Orchestra Project, PRISM Saxophone Quartet, and the RTÉ National Symphony Orchestra, amongst others.   O’Halloran holds a Ph.D. in Music Composition from Princeton University and is currently working as a freelance composer. Current and future projects include a percussion duo for New Works Project, a percussion quintet for the Everybody Hits Initiative, and an opera called Trade that will be developed, produced, and toured by Beth Morrison Projects.

What do you think of when you hear the word "Composer"?

A composer is anyone who makes music, not just Beethoven!   A composer is someone who makes music in many different ways; whether that is writing a song, coming up with chords on the guitar, making beats, or writing down notes for a piano piece.  A composer might record their music or they might write it down for other musicians to play. How they write their ideas down can look like this image 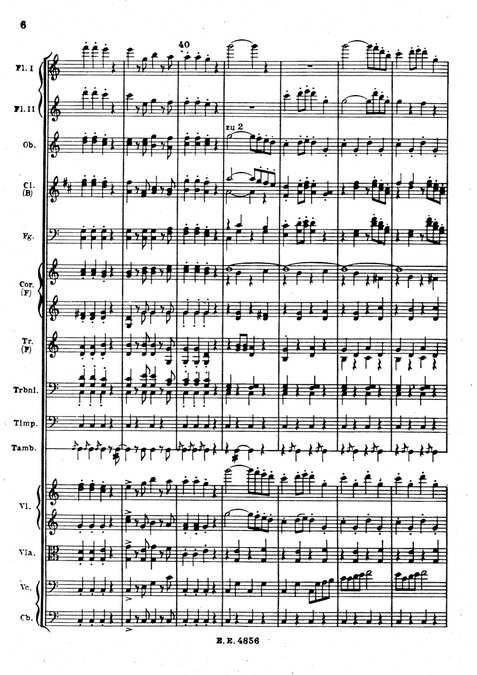 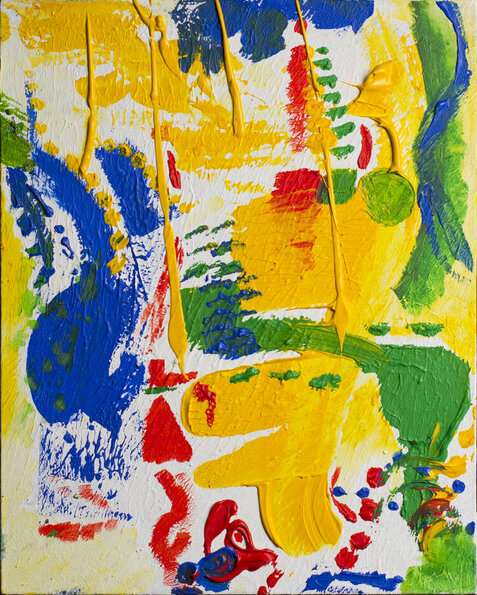 You can find out more about this particular score, “Counter Paint: The Art of Fugue” developed by Pascal Le Boeuf, Danny Clay, and the Friction Quartet here There are lots of ways of explaining your musical ideas to musicians and the Creative Lab we will help you to get really good at this!   Did you ever feel people like you don’t compose?   Did you ever feel the world of music and composition was not a world that you could be a part of?   Have you ever felt that composing music wasn’t for you because you don’t read music or you don’t have access to music lessons?   There are many curious and creative people who feel this way!    Creative Lab is for you and is open to all forms of music making whether you read music or don’t. People who read music and/or play a musical instrument can apply to Creative Lab, but don’t worry if you can’t read music.  The mentors at Creative Lab will work with you to communicate your musical ideas to the musicians. We are looking for people with a creative spark that we can nurture so if this sounds like you, please apply! 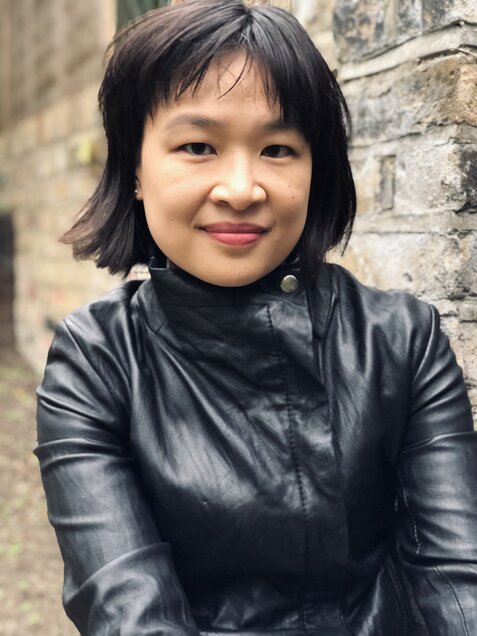 Composer Tonia Ko has collaborated with leading soloists and ensembles across a variety of media—from acoustic concert pieces to improvisations and sound installations. Recipient of numerous accolades including a Guggenheim Fellowship, Ko’s music has been performed throughout the US as well as in Europe and Asia, and lauded by The New York Times for its “captivating” details and “vivid orchestral palette.” Born in Hong Kong and raised in Honolulu, Hawaii, Ko holds a DMA from Cornell University and served as 2015-17 Composer-in-Residence for Young Concert Artists. She was appointed Lecturer in Composition at Royal Holloway, University of London in 2020. http://toniako.com/ 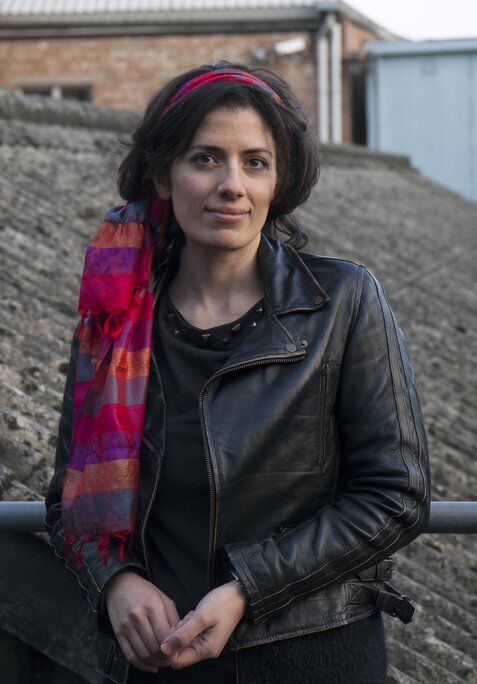 Bushra El-Turk (b. London, 1982) is a British-Lebanese composer, selected by the BBC as one of the most inspiring 100 Women of today. Bushra has written over fifty works for the concert hall, the stage and multi-media, performed and broadcast on radio and television worldwide, including the London Symphony Orchestra, BBC Proms, BBC Symphony Orchestra, and the Latvian Radio Choir amongst others, often integrating the musics and musicians of different cultural traditions, creating works that are '...ironic...', '...arresting...' and of 'limitless imagination'. https://www.bushraelturk.com/ 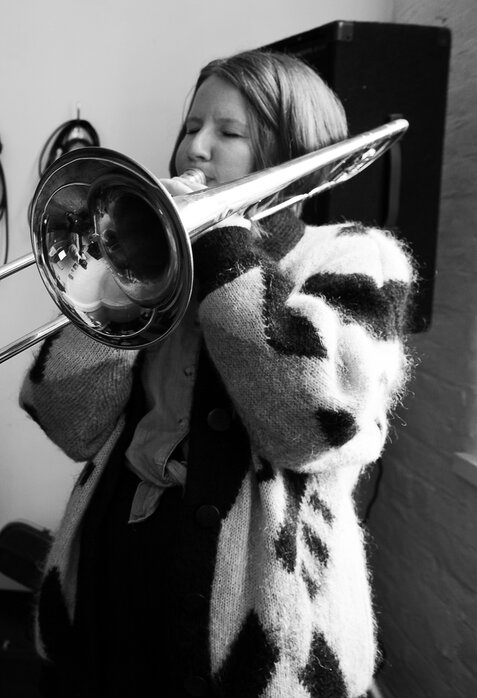