The Inishowen Trad Orchestra brings together 130 musicians and singers from Inishowen and surrounding areas of Donegal. The hour-long performance is arranged and conducted by Martin Tourish (Altan). ​​​​​The Choir is led by Lorna McLaughlin (The Henry Girls).  Among the many musicians and singers featured are The Henry Girls, Tom Byrne, Paul Harrigan, Clodagh Warnock, Roisin McGrory, Grace Toland and Joseph Deery, to name a few. Movement One - Overture  We begin with what is probably one of the oldest songs in the Irish tradition. Deus Meus, was written by Inishowen native, the monk Máel Ísu Ua Brolcháin, whose death was recorded in the Annals of the Four Masters as having occurred on the sixteenth of January 1086. This is followed with two compositions by Dinny McLaughlin - Adam’s Apple and the powerful Carraig Chaoin.  Movement Two and Three Movement Two and Three celebrate the life and collecting work of Honoria Galwey. Honoria was born in 1830 and spent much of her life at Gortgowan House in Moville where her father was the local rector. Her collection offers a unique insight into the music of Inishowen and Donegal in the late 1800s.  A forgotten figure for much of the last century or so, her work as a collector was highlighted in the rediscovery of her 1910 publication Old Irish Croonauns and Other Tunes. The collection has stunned readers with its sublimely beautiful music that otherwise would have been lost to history. Movement Four Movement four pays tribute to Dinny McLaughlin. Dinny McLaughlin is undoubtedly one of Ireland’s great composers, musicians, and teachers. His tireless work as a teacher has laid the foundations for much of the large musical community in the Inishowen area of Donegal today. His compositions represent a very rich palette of colours, depth and often humour, which we try to bring to life in this movement. We marry Dinny’s music with two poems, ‘Music’ , by Dinny and ‘We Were The Night’ , written in 942AD by Cormacan Éigeas Mac Maelbrídge, or Cormacan, who was chief poet to Muirchertach Mac Néill, Prince of Aileach and King of Ulster. Movement Five Big Nights is our final movement and is an imagining of the famous gatherings of old to which all were invited. This movement echoes the music of The Clonmany Céilí Band, Seamus Grant, Paddy Byrne, Tom Byrne. The movement finishes with Carraig Chaoin, this time with new lyrics composed by The Henry Girls, Martin Tourish and Anthony Doogan, the piece is now presented firmly as an anthem for Inishowen. Presented by Inishowen Traditional Music Project and Donegal County Council Sponsored by Donegal County Council 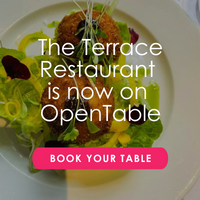