Behind the Music | The Lockdown Lowdown with Alice Farnham

For this week's 'The Lockdown Lowdown' we caught up with Alice Farnham, Artistic Director of the NCH Female Conductor Programme, supported by Grant Thornton. 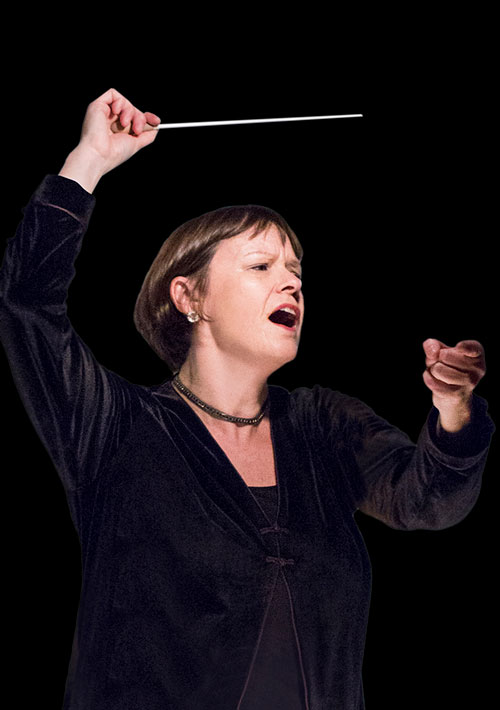 Listed in the Classic FM Today's Ten Best Women Conductors 2019 and in the BBC Woman's Hour Power List 2018, Alice Farnham is a British Conductor and trained at the St. Petersburg Conservatoire with the legendary pedagogue Ilya Musin. She has worked on the music staff of the Royal Opera House and Gothenburg Opera, and was Music Director of Welsh National Youth Opera. She was invited by Valery Gergiev to conduct Britten’s The Rape of Lucretia at the Mariinsky Theatre and conducted David Bruce’s The Fireworkmaker’s Daughter for the Royal Opera House. Particularly interested in innovative and cross-genre productions, Alice conducted Philip Glass' Satygraha at Stockholm’s Folkoperan and was invited back to conduct Puccini’s Turandot in 2017.She has conducted the Royal Ballet, Birmingham Royal Ballet, Danish Royal Ballet, English National Ballet and Rambert Dance Company.  She works extensively in Sweden where she has conducted the Dalasinfonietta, Gävle Symphony Orchestra and the Nordiska Kammarorkester. She was Organ Scholar at St Hugh's Oxford University and at St Thomas’ Church, Fifth Avenue, New York. She is one of the world’s foremost advocates and activists for empowering women to conduct, and was duly invited to lead the National Concert Hall’s Female Conductor Programme in Ireland and coach participants at Dallas Opera’s Institute for Women Conductors.

I feel sure that as we ease out of this and eventually return to concert halls, the joy of hearing live music will be valued more than ever.

1.As we are all faced with adapting to new circumstances and overcoming challenges, what has given you most solace and comfort during this time? I have been doing a lot of painting - acrylics mostly, and some pastel as well.  Mostly landscapes from my daily walk or my garden.  Catching up with old friends on the phone and online. 2. Are you reading anything interesting at the moment? Red Plenty by Francis Spufford, about Russia in the 50s.  I lived in St. Petersburg in the 90s in the aftermath of the Soviet Union and it’s fascinating to see read about this turning point in its history. 3. Have you discovered / learned anything new about yourself during this time? I quite enjoy cleaning my flat and I still like a work structure to my days.

4. What experience are you most looking forward to when restrictions are lifted or when we get to other side of the pandemic? Working with live musicians and hearing a live orchestra and singers. 5. What music are you listening to at the moment? I’ve actually found listening to opera and symphonic repertoire a little too painful on the whole, so I’ve turned to other genres. Beethoven, Haydn and Mozart String Quartets Solo piano music including Brahms and Chopin Then exploring music I don’t know so well: Latin American World Music. And going back to teenage nostalgia with cheesy hits from the 80s.  6. Do you believe that arts can help people through these times? If so why? I believe it is absolutely essential for wellbeing.  At the moment we can only do this on the whole digitally, and there is much we can do, but it is not the same as live music.  Just as I am turning to painting, many people are picking up instruments again.  I feel sure that as we ease out of this and eventually return to concert halls, the joy of hearing live music will be valued more than ever.   7. What are you most grateful for at this time? My garden. 8. Who are you most proud of at this time? The kindness of friends, colleagues and family. Alice continues to deliver this year's Female Conductor  programme online with all participants engaged in workshops, tutorials and masterclasses with Alice and the wider team of contributors.  The NCH Female Conductor Programme is supported by Grant Thornton. 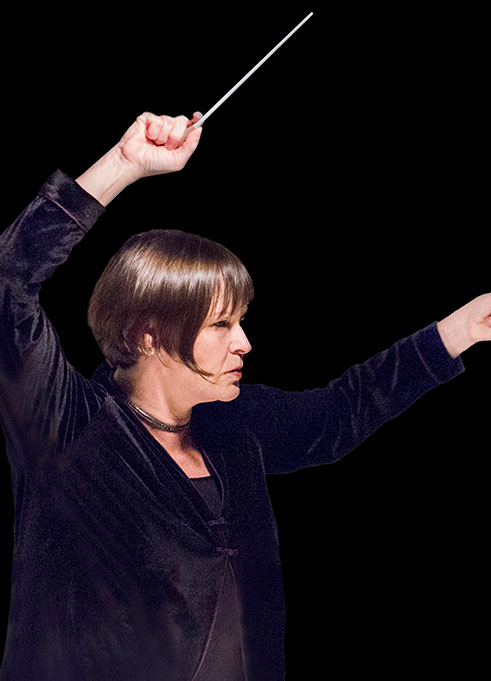